The teens were out in force today in San Jose for the annual TwitchCon game-streaming conference. There, Twitch announced that at any given time, 1 million people are watching it (up from 746,000 last year), and it seemed like many game lovers were at TwitchCon in person to meet some of the nearly half-million web celebs that broadcast each day on the service. Considering Twitch said just 2 million were broadcasting per month in December, the service’s growth is still explosive under Amazon’s ownership.

Amongst the major reveals at TwitchCon were a new Squad Streaming feature that lets up to four people broadcast at once in split-screen that will test with select streamers later this year.

There’s also a new Twitch Sings game built-in partnership with Rock Band-creator Harmonix. Broadcasters can play to perform karaoke (though only with fake versions of songs as Twitch lacks major label music licenses). Viewers can use the chat to request the next song and control the lights on the virtual karaoke stage; broadcasters can sign up here for the Twitch Sings closed beta that starts later in 2018. 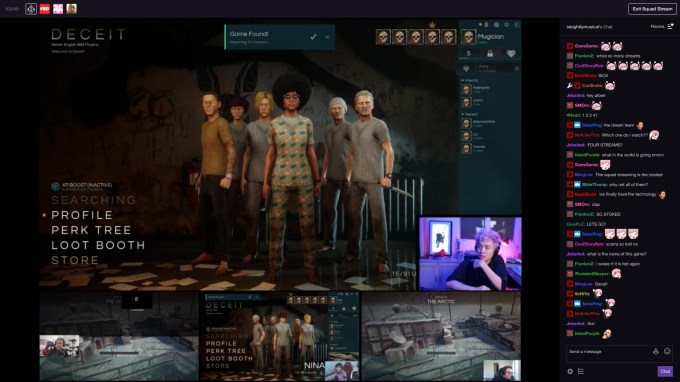 And Twitch broadcasters can now use Snapchat’s augmented reality lenses thanks to the new Snap Camera desktop app and accompanying Twitch extension launching today. Streamers can use hotkeys to trigger different Snapchat Lenses, let viewers try those masks by scanning an onscreen Snapchat QR code and reward subscribers with a bonus thank you effect. Read our full story on Snap Camera here.

There were plenty of other minor announcements during the conference’s keynote: 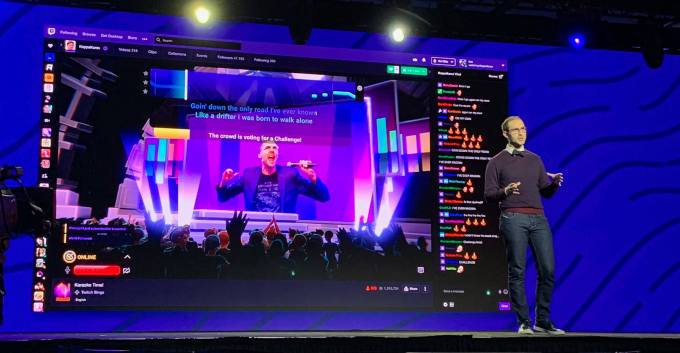 As CEO Emmett Shear made the announcements, audience members hooted and hollered with delight. They out-yelled even Apple’s keynote attendees. Shear shouted out early users who’ve been with it since Twitch was a Y Combinator live-vlogging startup called Justin.tv. “When people have your back and support you for a long time, we think they should be recognized for it,” he said, revealing the new VIP badges and a counter that shows how many months a fan has been a channel’s paying subscriber.

“You spoke and we listened,” Shear said. That truly seemed to be the message of this conference. Facebook’s F8 conferences held in the same San Jose Convention Center often seem to produce updates that are designed to help the company as much as the users. But Twitch has realized it can’t just be useful. It must remain beloved if people are going keep spending 760 million hours per month watching others game, joke and express themselves. Shear concluded, “I think we’re just scratching the surface when it comes to everyone playing together.” 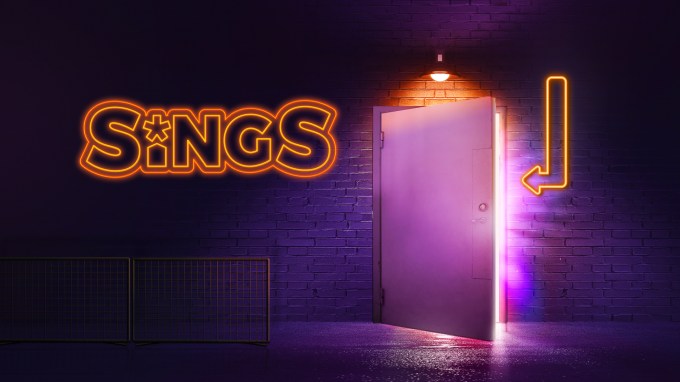