“I wasn’t asking to pay in Bitcoin!” Plastiq CEO and co-founder Eliot Buchanan recalls with a laugh. “I went to pay part of my tuition at Harvard and I was told that they didn’t (and never would) accept credit cards. It was inconvenient and seemed odd. Credit cards had been around for 50 years.” That set off the a light bulb in his head. “Why couldn’t I use a credit card to pay for this important bill? So, I set out to solve my own problem.”

Whether you’re trying to pay your rent or tuition on credit, or you have a business and want to invest in a new opportunity or get a better rate by paying vendors up front, Plastiq can help. For a flat 2.5 percent fee, you pay Plastiq through your credit card, and it issues the proper wire transfer, check or deposit for up to $500,000, or even more, on your behalf to whomever you owe.

Now with more than 1 million clients, growth-stage VCs are taking notice. Kleiner Perkins has just led a $27 million Series C for Plastiq with partner Ilya Fushman joining the board. A source says the raise that also comes from DST Global between doubles and triples Plastiq’s valuation over its 2017 Series B-1 rounds of $11 million and $16 million. Now with $73 million in total funding, it plans to add 100 people to its current team of 60, while building out its small business product and bank partnerships. 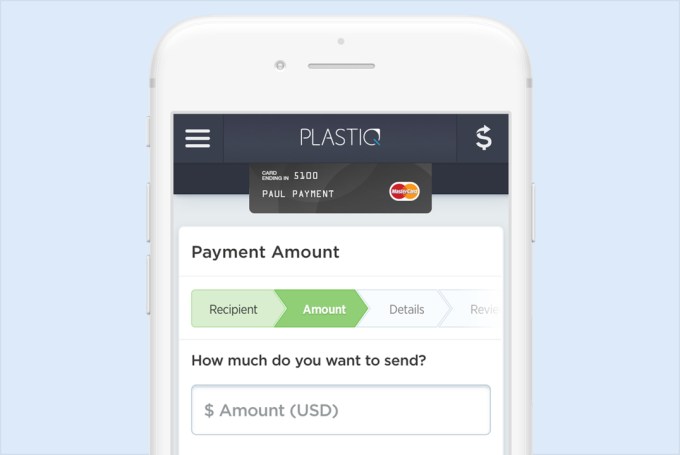 “As tens of thousands of business owners started using Plastiq actively for billions of dollars in payments, we realized we had this incredible opportunity to serve as the hub/platform on which they (SMBs) could run all their payments. The very fabric of America’s economy — and certainly much of the world — is run by rising or aspiring small business owners,” Buchanan tells me. He says that’s “the main reason that seeded this Kleiner financing and our renewed vision to ‘accelerate how small businesses grow.’ [Helping people pay with credit cards] is merely the entry point to a much broader play where we are central to how a small business runs.”

For example, if a small business wants to ramp up production of something it’s selling, it’d typically have to pay up front for manufacturing, but wait months until the stuff is shipped and sold to recoup its investment. That can put a major squeeze on the company’s operating capital. With Plastiq, the business can pay with credit up front so they don’t have to worry about being in danger of running out of money in the meantime. Plastiq also lets businesses accept credit card payments, which can win them favor with partners. 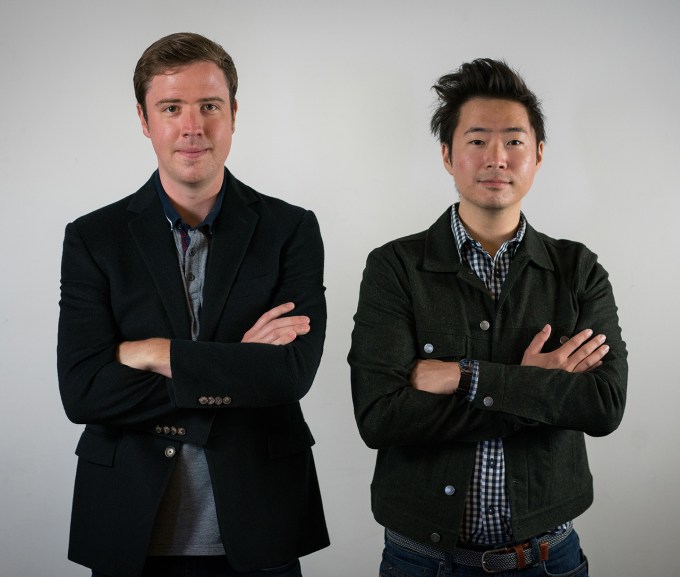 Specialty medical clinic chain Metro Vein pays vendors who don’t take credit with Plastiq instead. “I was able to invest in a new line of business that has enabled me to more than double our revenues in the last 10 months,” said CEO Dmitri Ivanov. And thanks to tax write-offs, business users of Plastiq can push its realized fee down to 2 percent.

Buchanan claims Plastiq doesn’t have any direct competitors that allow SMBs to pay for all their bills via credit. It does carry platform risk, though. “Like any payments business, we rely heavily on Visa, MasterCard and American Express. A challenge or risk factor is that you’re relying on very large companies that are very successful. You have to learn to work hand in hand with those partners instead of ‘disrupt them.’” He says Plastiq’s relationships with them are positive right now since it’s driving new revenue for them and helping their customers spend in new areas. 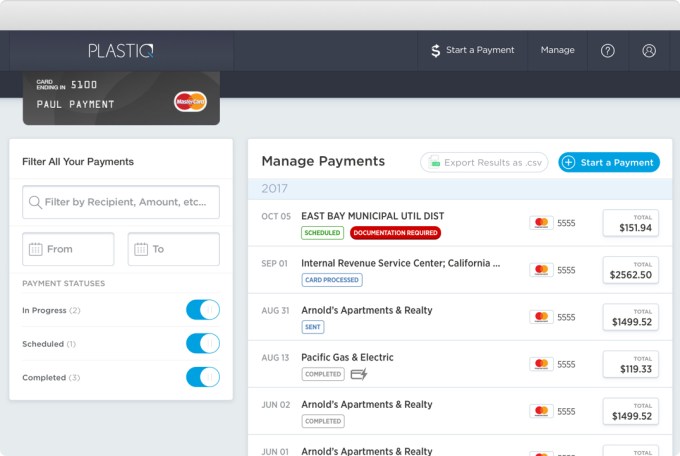 There’s also the risk that people misuse Plastiq to procrastinate on actually paying their personal bills or get in over their head investing in their business. But Plastiq’s new board member Fushman calls the service “this elegant way for businesses to tap into credit they’ve been issued but they haven’t been able to utilize before.” For many who are happy to pay though just need some time and flexibility, Plastiq can pitch in.