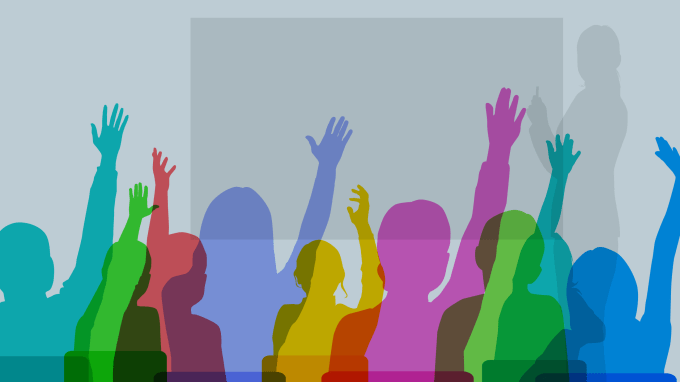 Jessica Santana and Evin Robinson were riding the subway home from a college leadership conference when they realized they were getting off at the same stop.  It turned out, they had grown up in the same neighborhood, no more than 5 blocks apart.

Years later, both Santana and Robinson were working six-figure jobs in the tech practices of elite corporations but were disheartened by the homogeneity of their surroundings.

The tech industry is the primary generator of new jobs in the US, but the inaccessibility of resources and practical education left students in neighborhoods like Jessica and Evin’s unprepared and unqualified in the eyes of recruiters.

So the pair met at a local Starbucks and on the back of a napkin, they outlined what would become New York on Tech (NYOT).

By offering comprehensive computational courses and a broad professional network, NYOT hopes to provide under-resourced students in New York City with the skills and infrastructure needed for a successful career in tech.

What began as a passion project with just 20 students has blossomed into an organization helping more than 1000 students across the city.

Unlike the higher-level computer science classes Santana and Robinson saw offered in schools, NYOT aims to focus on more functional skills that are applicable to the day-to-day work of tech professionals.

The program caters its curriculums specifically towards areas it believes are in high demand from today’s hiring managers, including front-end and back-end web development, mobile development and UX design.

Classes are located at the offices of corporate partners, where students get direct mentorship from engineers and observe how technical skills are actually implemented in various roles.

Graduates of NYOT are then given the opportunity to interview for internships at each partner organization, where they can gain practical experience and bolster resumes to be more competitive for future recruiting.

The organization points to successes both inside and outside the classroom, noting 100% of graduates in 2016 received admission into four-year colleges, many with scholarships to top engineering programs.

NYOT students have also landed paid internships and jobs with major companies that include Deutsche Bank, Morgan Stanley, and others.  And while the organization admits corporate partners were initially hard to come by, NYOT’s partnership roster now includes some of the most influential names in tech and business, such as Google, NBCUniversal and FactSet.

To date, NYOT has been built largely without city government sponsorship, funded mainly by corporate partnerships, schools, and philanthropic donations.

The company offers its programs for free and partners with schools in high poverty areas of New York City where 50% of students or more are eligible for free lunch.

But NYOT thinks of itself not just as a non-profit providing educational training but as a deep-impact talent accelerator, supplying already capable students with the key resources they lack.

“People automatically think these students are disconnected youth because we say low income and people of color.  They think they’re uninterested in the technology industry”, said the founders.  “That is not true.  They come from areas that are low income or under-resourced but the population of students we work with is super smart, driven, hungry, and motivated.”

Going forward, the company plans to add curriculums that it believes fit the future needs of employers, including classes centered on cyber security, artificial intelligence, and machine learning.

On top of serving more students in the New York metropolitan area, Santana and Robinson hope they can bring what they’ve done in New York to a national scale and expand to communities across the country.

However, the founders emphasize that they will focus on slow effective scaling, crafting curriculums specific to each locality.  “The work we do is really embedded in community.  We’re not designing for that community but designing with it”, said Robinson.

Santana and Robinson’s broader goal is bigger than “diversity” and inclusion.”

“Think about job automation and job displacement.  If our students aren’t getting the most critical training, how can we expect them to compete for the jobs of today and tomorrow?  This is not just about diversity or inclusion, it is about positioning our country’s talent strategy.”

NYOT is now seeing extremely high demand for slots in its programs.  With more qualified applicants than they can actually accept, Santana and Robinson hope to bring on more volunteers to help them break down the barriers of access for as many kids as they can.