The team behind mileage-tracking app MileIQ, a company Microsoft acquired a few years ago, is out with a new application. This time, the focus isn’t on tracking miles, but rather expenses. The new app, simply called “Spend,” arrived on the App Store on Thursday, offering automatic expense tracking for work reimbursement purposes or for taxes.

Spend doesn’t appear to be a part of some grand Microsoft plan to take on expense tracking industry giants, like Expensify or SAP-owned Concur, for example. At least, not at this time.

Instead, the app is a Microsoft Garage project, the App Store clarifies.

Microsoft Garage is the company’s internal incubator when employees can test out new ideas to see if they resonate with consumers and business users.

Through the program, a number of interesting projects have gotten their start over the years, like the Cortana-based dictation tool, Dictate; mobile design creation app Sprightly; short-form email app Send; the Word Flow keyboard for smartphones; a Bing-backed alternative to Google News; and dozens more.

The new Spend app, at first glance, looks well-designed and easy to use.

Like most expense trackers, it offers features like the ability to take photos of receipts, expense categorization features, and reporting. 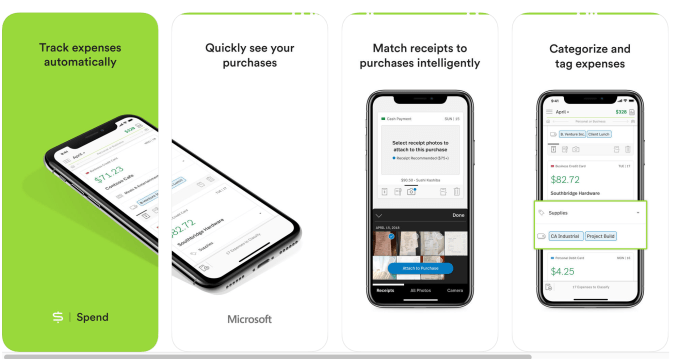 However, what makes Spend interesting is the app’s automated tracking and matching, and its user interface for working with your receipts.

The app begins by automatically tracking all your expenses from a linked credit card or bank account. You can then swipe on the expenses to mark them as personal or business. These expenses are automatically categorized, and you can add extra tags for added organization.

You can also add notes to purchases, split expenses, and customize expense categories, in addition to tags. 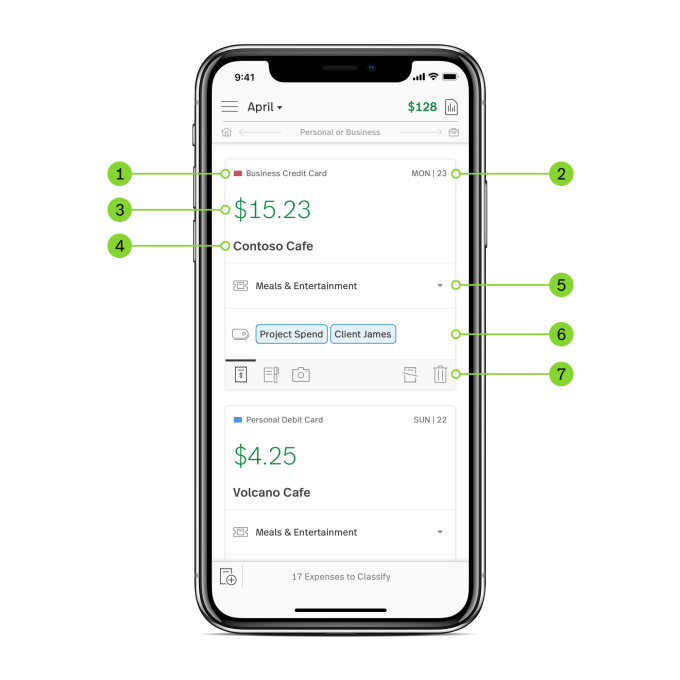 And the app can generate expense reports on a weekly, monthly or custom bases, which can be exported at spreadsheets or PDFs. There’s a web dashboard for when you’re using the app at your computer, but Spend doesn’t appear on the MileIQ main website at this time. It does, however, have a support site.

How well this all works, in practice, requires further testing.

MileIQ had been the top-grossing finance app in Apple’s App Store for the last 20 months at the time of its acquisition back in 2015. Microsoft had said then the team would work on other mobile productivity solutions going forward.

Since joining Microsoft, the team that created MileIQ has added capabilities to MileIQ, such as MileIQ for Teams, new intelligence features and a partnership with Xero. MileIQ is also now included with Microsoft 365 Business and Office 365 Business Premium plans

However, Spend is the first standalone app built by the team in that time.

The company says the new Spend app is an early version, and they plan to revise it going forward as they make improvements.

Microsoft responded to a request for comment, but didn’t provide any details about its eventual plans for Spend, like whether it will have business model or be included with Office subscriptions.

10/19/18: Updated after publication with information about Microsoft’s comments.